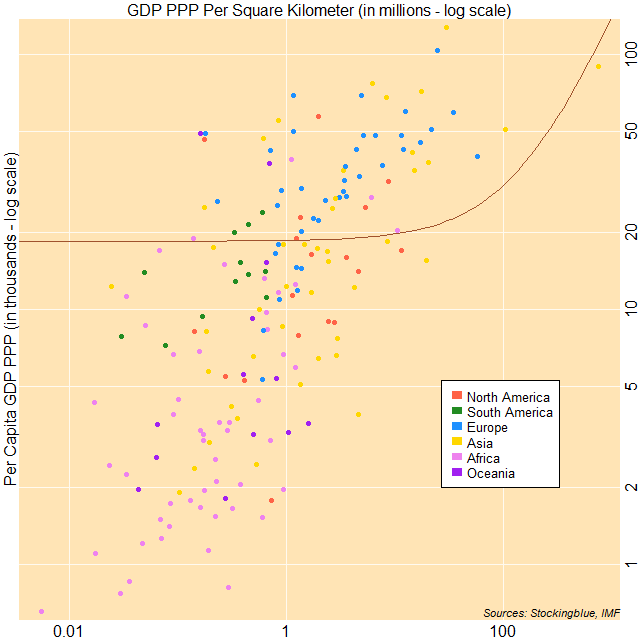 The correlation between per capita gross domestic product based on purchasing power parity (GDP PPP) and GDP PPP per area worldwide is moderately weak.  The three largest economies on a per capita basis have a high per area GDP relative to other countries.

Europe and South America are the only continents where their countries are clustered around each other.  Asia, on the other hand has countries dispersed all over the GDP spectrum on both the per capita and per area bases.