The Correlation between Minimum Wage and Shadow Economies in Oceania 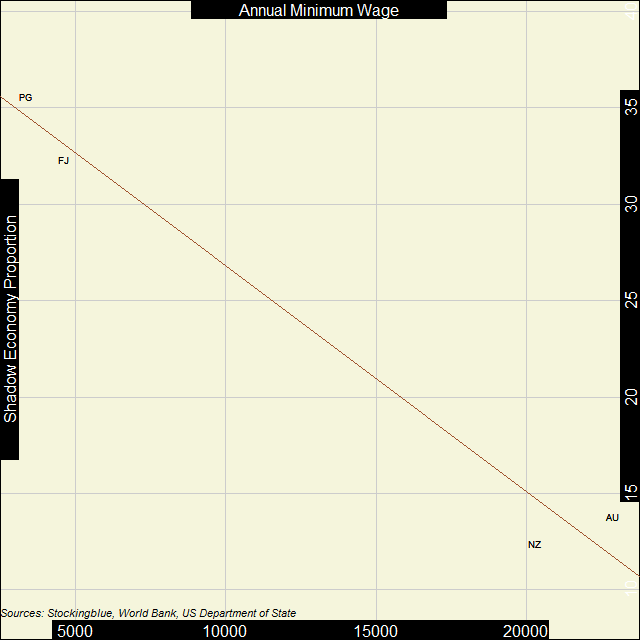 In Oceania, the inverse correlation between the strength of the shadow economy and the minimum wage is extremely strong.  However, the sample size if four countries so it needs more data.

The dataset is too small to infer a serious relationship but it does show a correlation in Oceania.  We do not see a geographic clustering however.

There is a very strong correlation between the strength of a shadow economy and the minimum wage.