The Correlation between Minimum Wage and Shadow Economies in South America 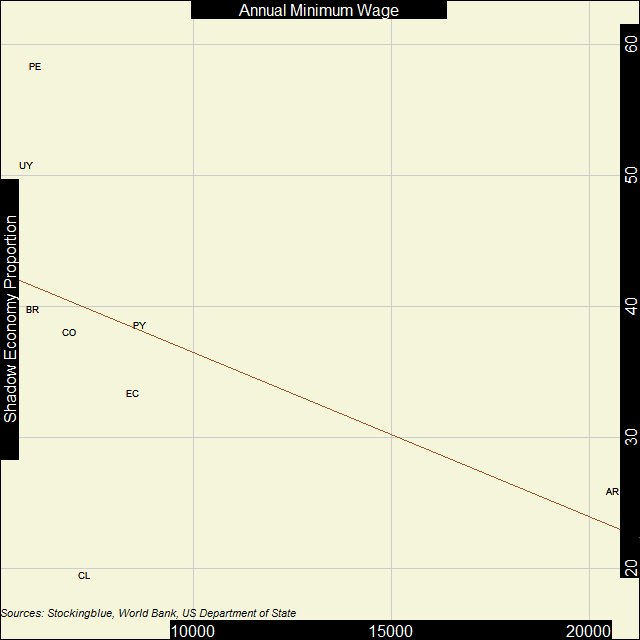 There is a huge chasm between the Argentinian minimum wage and the rest of the South American countries' minimum wage.  Yet Chile has a considerably smaller shadow economy and Ecuador is not far behind.

Just as in North America, there is no real correlation between the strength of a shadow economy and the minimum wage.