US States by Wooded Area 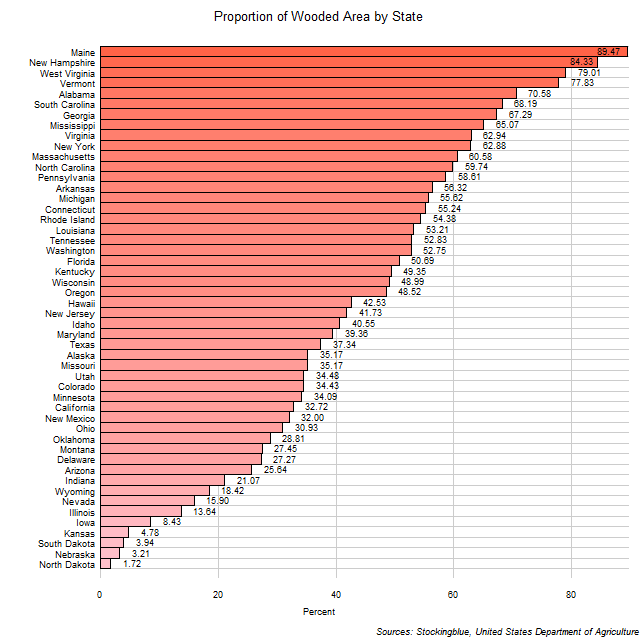 The chart above shows the proportion of each state that is wooded area.  Maine is almost entirely covered in forest while North Dakota has almost none.

In fact, Alaska is so large that even though only one-third of it is wooded, its wooded area is larger than the total size of 48 states.  Only Texas and Alaska itself have more area than the wooded area of Alaska.

Only five states have less than one-tenth of their total area covered in woods: Iowa, Kansas, South Dakota, Nebraska, and North Dakota.

The United States as a total is 36.22% covered in wooded area which would place it between Texas and Alaska in the chart above.