Per Capita GDP by EU and US Region, Fourth Quarter 2019 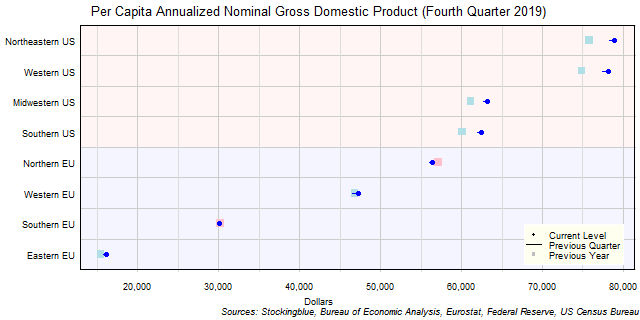 No region overcame another region in the quarter or over the past year.  The Northeastern US has a per capita GDP that is higher than all Southern US and Eastern, Northern, and Southern EU states and is bested by nine states in total.  The Eastern EU has a per capita GDP that is lower than all states in all other regions and only bests four states from the Eastern EU.