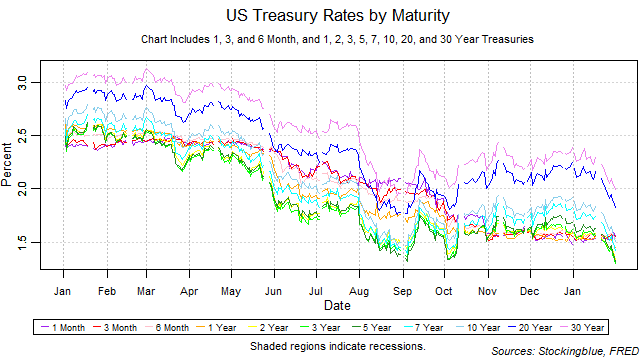 The one-month rate fell in January, the three-month remained unchanged, while all other rates rose.  The yield curve narrowed from the previous month thus ending its widening streak of one month.  The one-month bill did not maintain the lowest rate throughout the month.  Long-term rates fell while short-term rates rose thus increasing the risk of an inversion brought upon by rising short-term rates.  Such an inversion, if it were to happen would be a strong indicator for an upcoming recession. 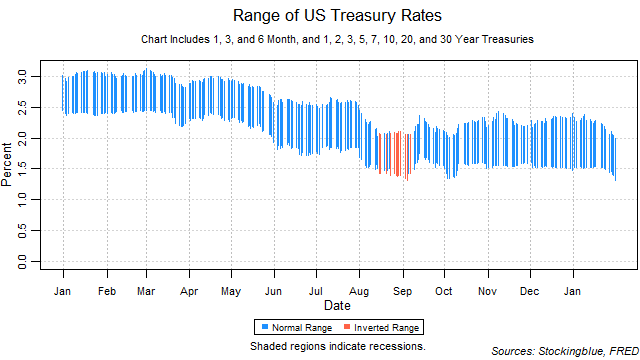 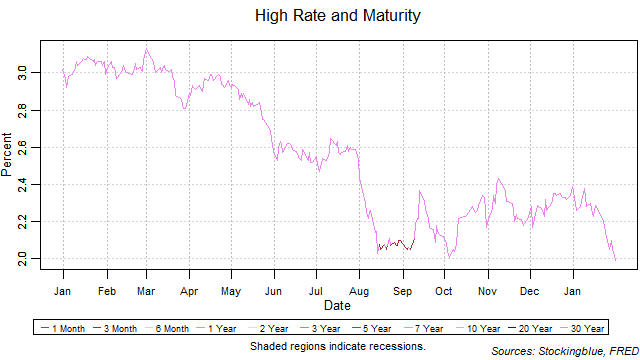 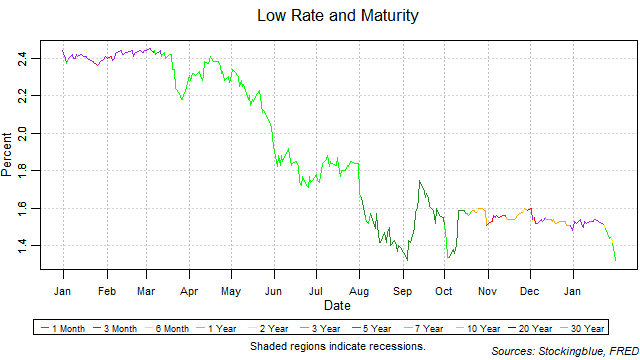