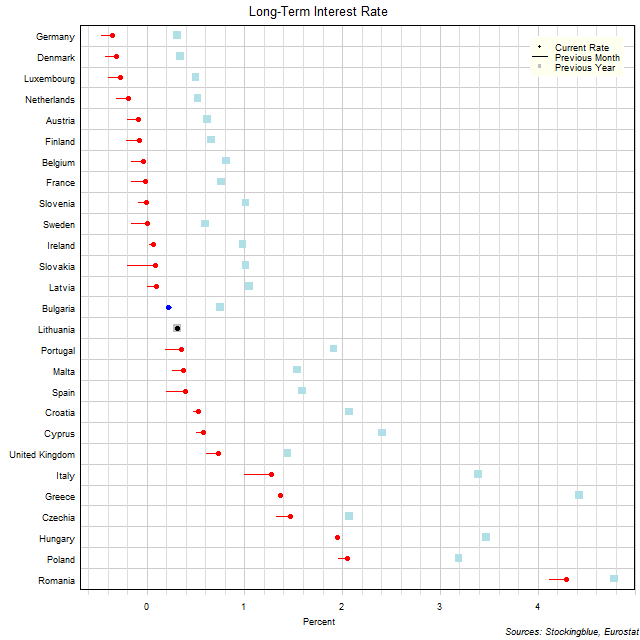 The chart above shows the ten-year interest rate in each EU state as of November 2019, the change from the previous month, and the rate one year prior.  Nine states have a negative interest rate (down from 11 last month and up from zero last year).

Lithuania (from 18th lowest rate to 15th lowest rate) went up three spots over the course of the month.  Conversely, Slovakia (from 6th to 12th) dropped the most being bested by six states.

Over the course of the year, Belgium (from 11th lowest rate to 7th lowest rate) and Slovenia (from 13th to 9th) rose the most besting four states.  On the flip side, Lithuania (from 1st to 15th) was bested by 14 states.