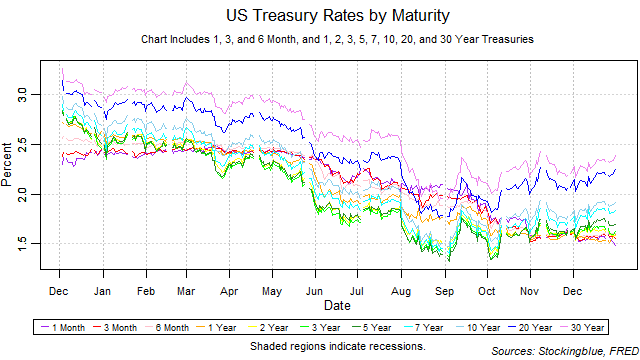 The one, three, and six-month, and the one and two year rates fell in December while all other rates rose.  The yield curve widened from the previous month thus ending its narrowing streak of one month.  The one-month bill did not maintain the lowest rate throughout the month.  Long-term rates rose while short-term rates dropped thus decreasing the risk of an inversion brought upon by rising short-term rates.  Such an inversion, if it were to happen would be a strong indicator for an upcoming recession. 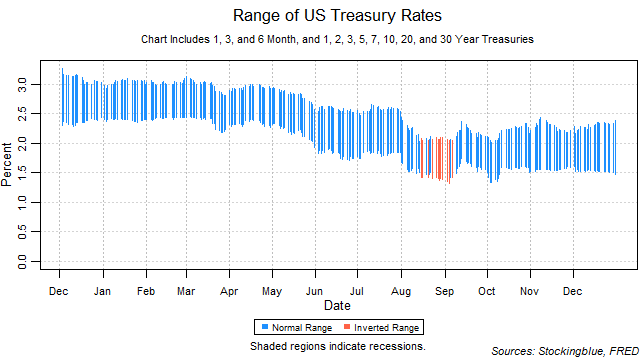 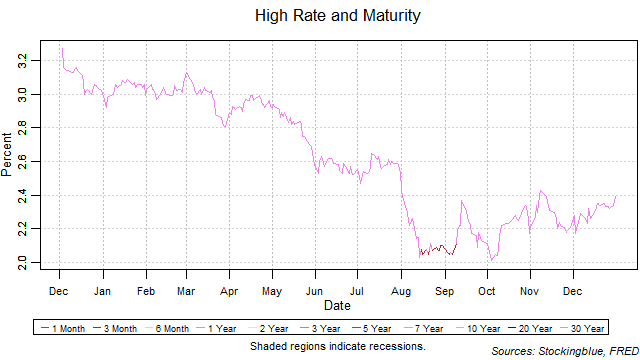 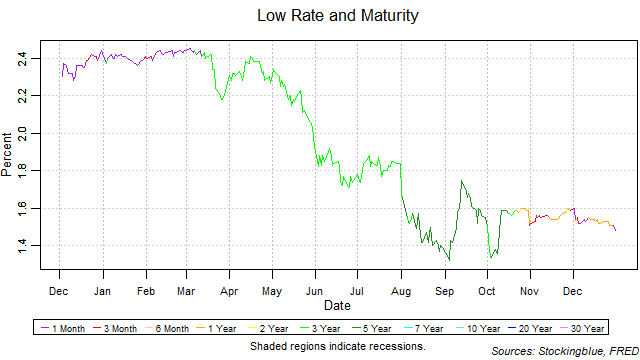