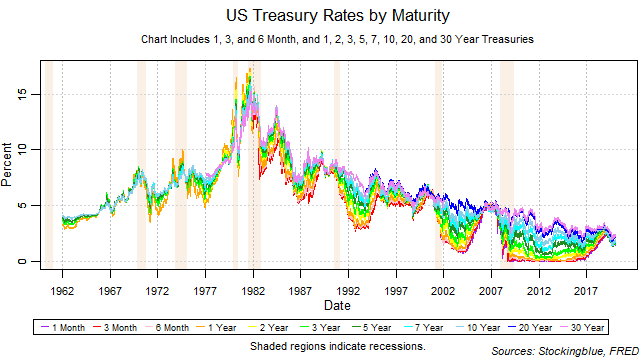 All rates trended downwards following their dramatic turn upwards the previous year after being stuck at zero for several years.  The yield curve widened over the course of the year.  A narrowing from the short-term is a warning sign for an inversion that indicates recession. 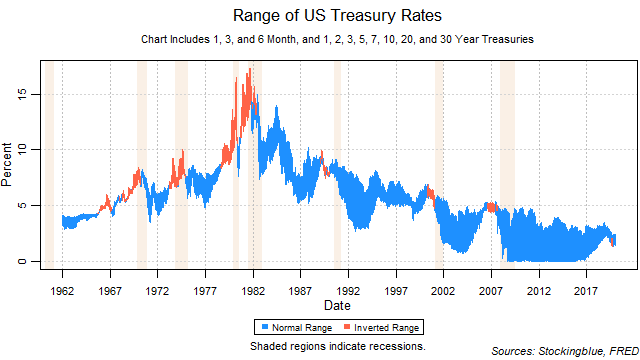 The breadth of the yield curve narrowed, inverted for a brief period, and reverted over the year from a range of 0.58 to a range of 0.91.  The widest range was 0.91 on December 31 and the most extreme inverted range 0.73 which occurred on September 4. 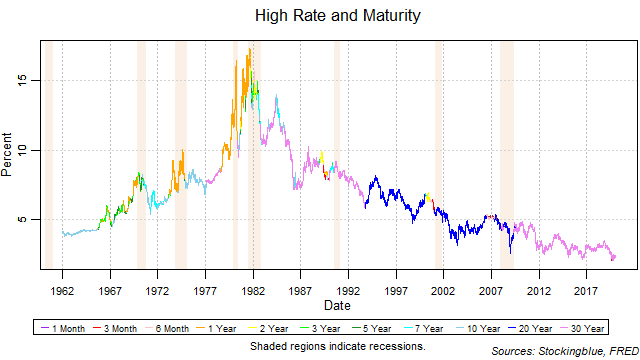 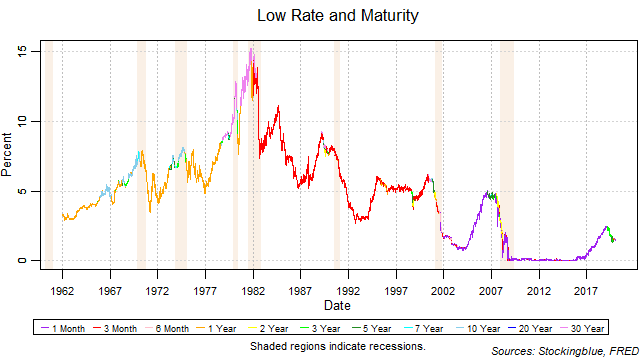