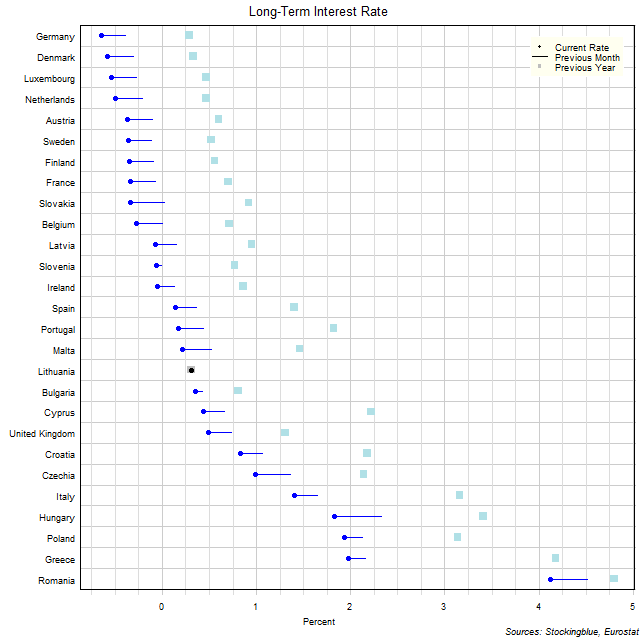 The chart above shows the ten-year interest rate in each EU state as of August 2019, the change from the previous month, and the rate one year prior.  Thirteen states have a negative interest rate (up from nine last month and zero last year).