The Correlation between Shadow Economies and Economic Strength in South America 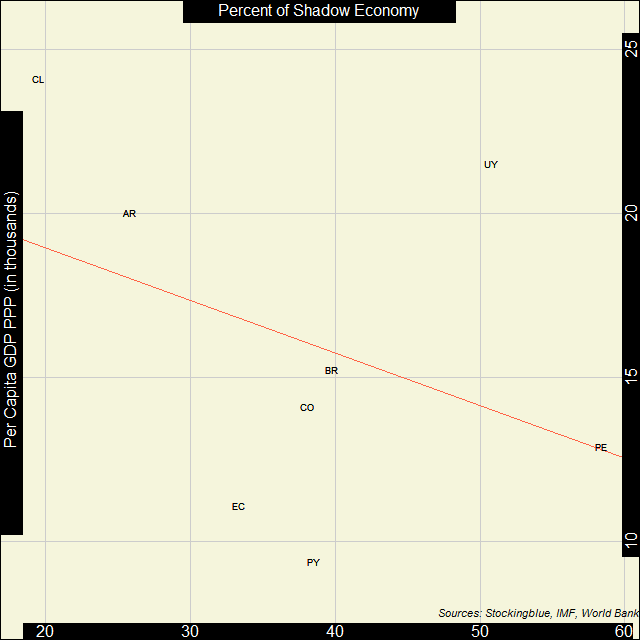 In South America, the correlation between economic strength and the strength of the shadow economy is pretty weak.  Every country studied on the continent, excluding Chile, has a shadow economy that takes up at least one-fifth of its overall economy.

All countries in South America, except for Chile, have shadow economies that take up over one-quarter of the overall economy, and all except for Chile and Argentina have shadow economies that take up at least one-third of their overall economy.  Uruguay and Peru have less than half of their economic activity in legitimate transactions.