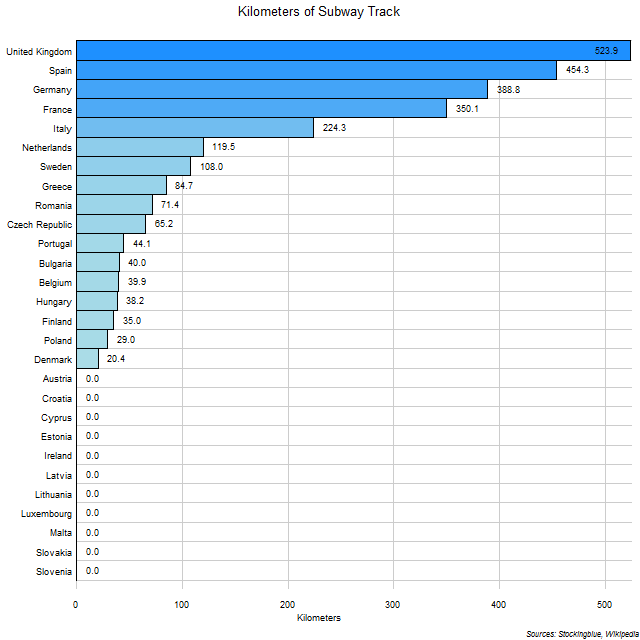 The chart above shows the kilometers of heavy rail subway track within each state.  Over half the EU states have a heavy rail system.