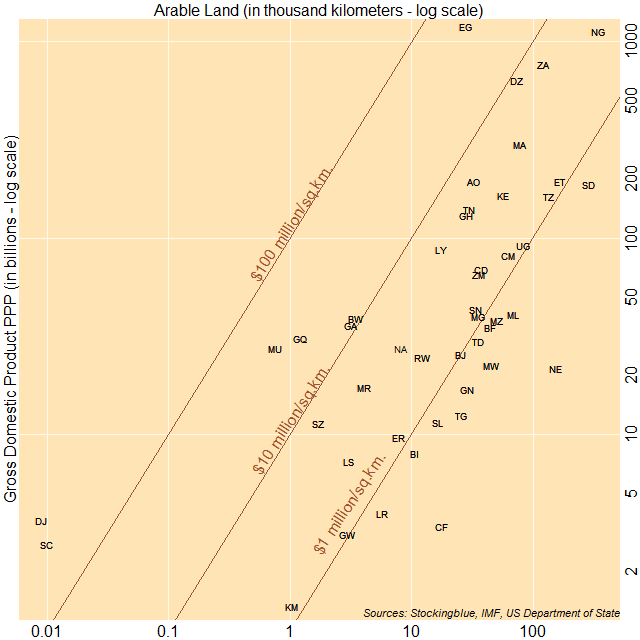 As has been the case with previous metrics studied, there are no geographic clusters on this continent, unlike Europe and Asia.  Countries that do well in this metric come from every corner of the continent and the same goes for countries that do not do so well.

The only surprising thing is that Egypt doesn't dominate here as it has very little arable land and a large population with a sizable GDP.