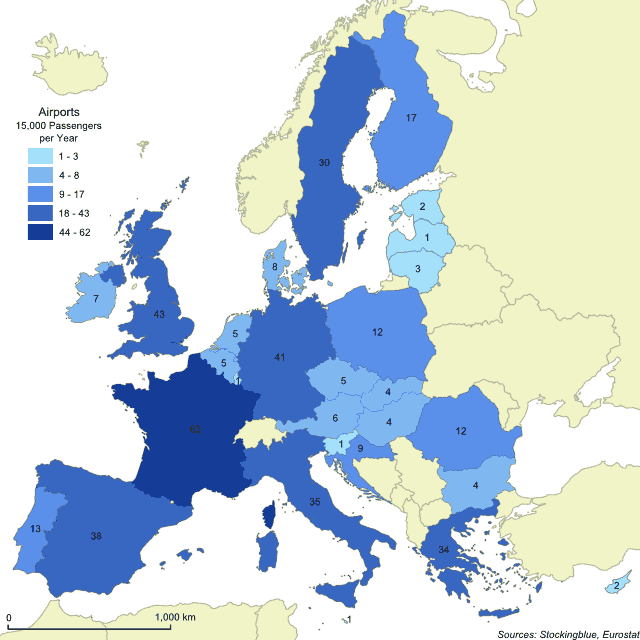 The map above shows the number of airports in each EU state that serve at least 15,000 passengers per year.  France leads all other EU states by a large margin, even ones with a similar geography to hers.

There is a clear distinction between former Soviet satellites and the rest of the EU.