Miles of Railway per Square Mile of Land in US States 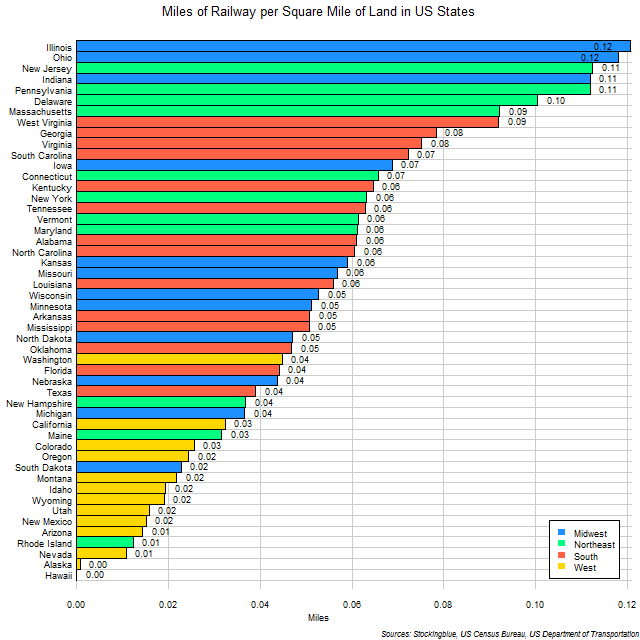 The chart above shows the miles of rail per square mile of land in US states.  It's surprising to see that Western states have so little rail compared to the size of their area as rail has been romantically associated with the frontier lands.

Every single Western state has less than 0.05 miles of rail for every square mile of territory with Washington, the Western state with the greatest rail coverage, ranked 30th out of 50 states.  Only two Southern states rank below the highest ranked Western state, and only three of each from the Midwest and the Northeast are bested by Washington.

The number of miles of railway per square mile of land for the United States as a whole is 0.04 which ranks it just below Michigan and just above California (the numbers in the chart are rounded to the nearest hundredth).