Miles of Roadway per Square Mile of Land in US States 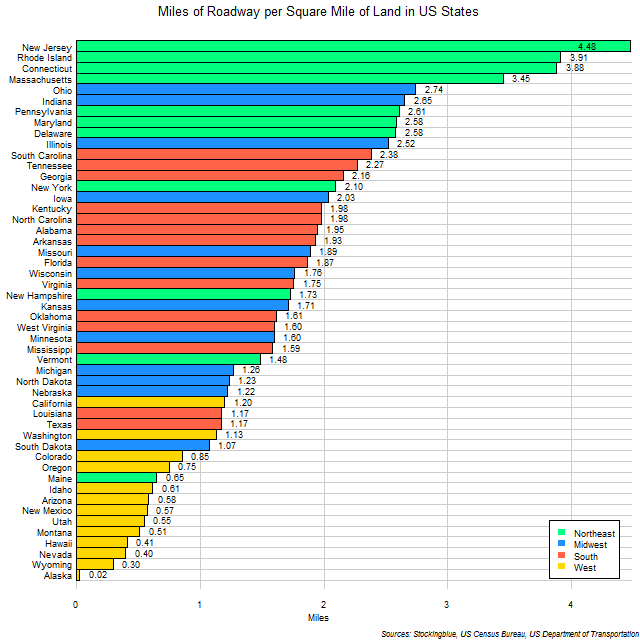 Wyoming is the only state to have at least twice the road coverage as the next most densely paved state, Alaska.  It has 12 times the roadway coverage that Alaska does (the figures in the chart are rounded to the nearest hundredth).

The number of miles of roadway per square mile of land for the United States as a whole is 1.09 which ranks it just below Washington and just above South Dakota.