EU and US Unemployment Rates, November 2021 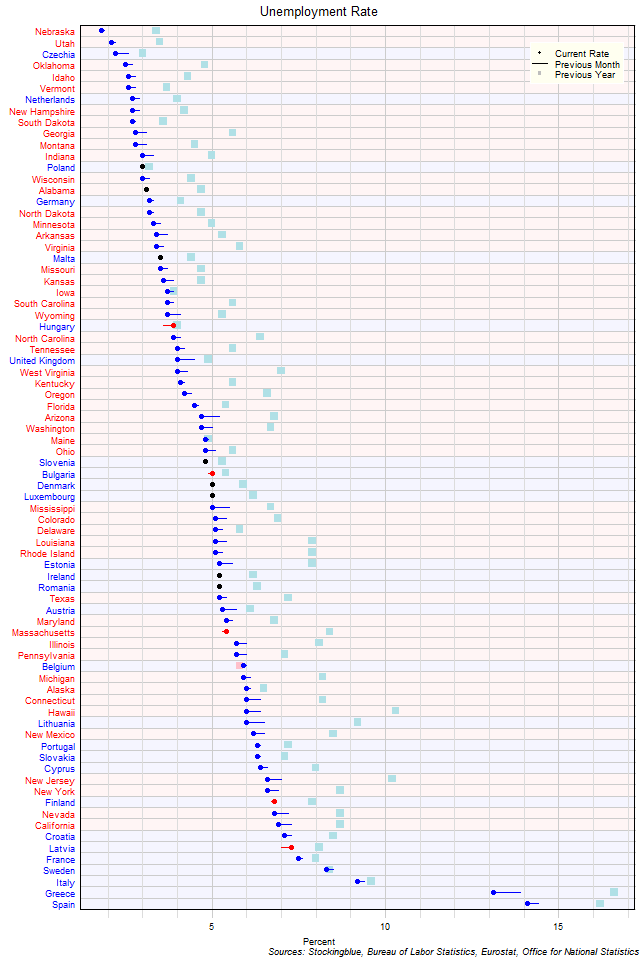 The chart above shows the unemployment rate in each EU and US state as of November 2021 (unless otherwise noted - see caveats below), the change from the previous month, and the rate one year prior.  Nebraska, Utah, Czechia, Oklahoma, Idaho, Vermont, the Netherlands, New Hampshire, South Dakota, Georgia, and Montana are the only states with a rate below three percent.